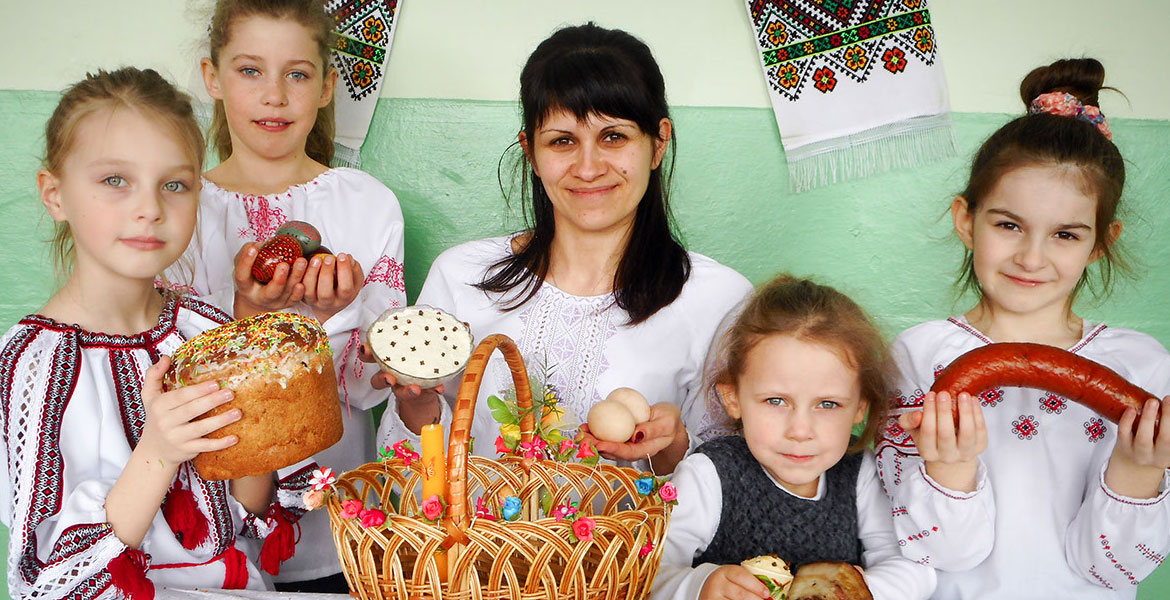 Chalice has been serving children in Ukraine since 1998 in three sites in both rural and urban communities.  Our local partners tell us that Chalice is one of few international charities in their region, because the central government makes charitable work difficult with complex taxation laws.

Ballooning inflation has dramatically increased the costs of necessities such as food and heating. Coupled with high rates of unemployment or under-salaried work, parents have difficulty providing for their families. In the areas where Chalice works, there are high rates of chronic illness and cognitive disabilities such as cerebral palsy and Down syndrome.  Low-income families have little access to quality medical services, because public hospitals are underfunded and ill-equipped. 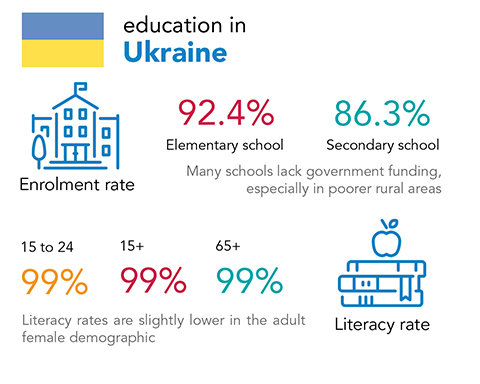 Through the support of sponsors and donors, Chalice and our local partners focus on:

Ternopil -  Chalice has partnered with World of Children in the city of Ternopil since 1998. Under the direction of Luba Tsytsyk, this site promotes the spiritual growth of sponsored children and their families and provides material assistance and opportunities for social development through the provision of nutritious food, clothing, and educational, psychological and medical support. Sponsored families live in Ternopil city and in rural villages throughout all areas of Ternopil Region.
Annual Report 2018 for Ternopil - Read about our year!

Pochaiv - Chalice has partnered with World for Children in the town of Pochaiv since 1999. Halyna Mykytiuk directs the sponsorship program, based in three subsites in the Ivano-Frankivsk and Volyn Regions. The program includes children living with their families in either dorm-style factory apartments in cities and towns or rual family homes with small farms. The site works closely with beneficiaries to develop agricultural skills to sustain small familly farms. Through Chalice programs, including the gift catalogue, Pochaiv Site supports orphanages and many schools throughout the area. Until recently, Pochaiv had a fourth large subsite centered in the city of Lviv. Under Pochaiv's continued mentorship, Lviv is now an independent Chalice sponsor site.

Lviv - Since October 2019, Chalice has partnered with Lviv Family in the city of Lviv. Formerly a subsite of Pochaiv Site, Lviv Site is under the direction of Halyna Bardakh. The majority of sponsored children at Lviv Site live in dormitory style apartments in the city of Lviv. Others live on small subsistence farms in rural villages outside the city. Low wages, high unemployment, and chronic illness are significant daily challenges for sponsored families in Lviv.