Grecia is the proud mother of Altia, a Chalice sponsored child. Grecia and her two children rely on her husband’s income as a taxi driver, which is only a reliable livelihood during the summer tourist season. They have been grateful for the support of Altia’s sponsor, especially during the economic downturn of the pandemic. 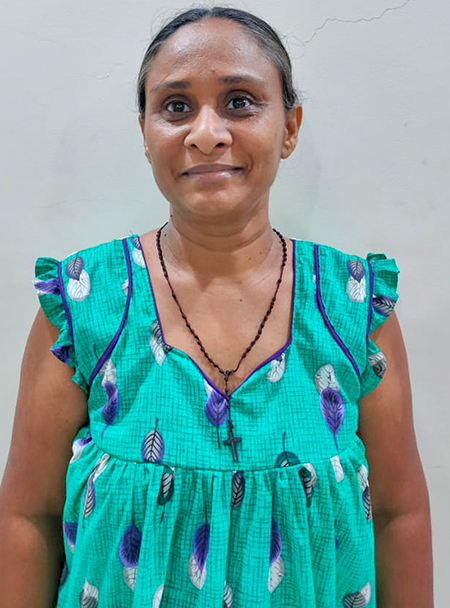 Grecia, 47, developed a fibroid in the uterus 12 years ago. Local doctors treated her pain and the condition seemed to be under control, with discomfort only at times of menstruation. But in June, the pain increased, and she could not pass urine.

Her family rushed her to the hospital for scans. The ultrasound report showed that her fibroid is grown, and it has blocked her urinary passage. Her doctors advised an immediate operation. She underwent the operation four days later, and the staff discharged her four days after that.

Grecia’s emergency hospitalization and operation have incurred bills of $1,950.25 CAD which include laboratory and consultation charges, medicine, scans and diagnostic imaging, and hospitalization fees. Knowing Grecia and her husband’s humble economic means, the Goa site has put forward a request to cover the full amount.