Punitha and her husband are agricultural daily wage workers. They have two daughters and two sons. Their eldest daughter is in university and their second daughter just completed grade 12. The first son, Jones, and his brother just completed grade 10. Punitha and her family are very grateful for Jones’ Chalice sponsor, who has helped him and his family achieve academically. 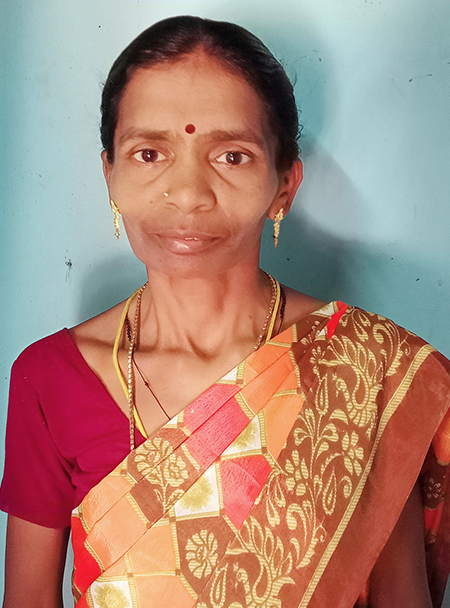 Punitha, 44, began having shortness of breath in May and she was taken to the local hospital. Her condition prompted a referral to another hospital, where she was admitted immediately. Doctors quickly determined that she was having mild heart attack. A CT scan of her lungs showed she also had a lung infection and a cyst near her right lung.

Five days later, the hospital discharged her and sent her home to recover with medication for infection and to stop the further growth of the cyst. Once the infection is passed and a month’s course of medication, she will return to the hospital for an angiogram.

Punitha’s sudden emergency incurred a hospital bill of $854.07CAD, far beyond her and her husband’s limited means. The Tamil site sponsor site have requested the full amount on family’s behalf