Esaiyamuthan is studying in sixth grade near our Tamil sponsor site in India. His father supports the family with his barbershop. His mother cares for his brother, Suseevan, at home because he was born with Down Syndrome. The family is very grateful that both Esaiyamuthan and Suseevan are supported by Chalice sponsors. 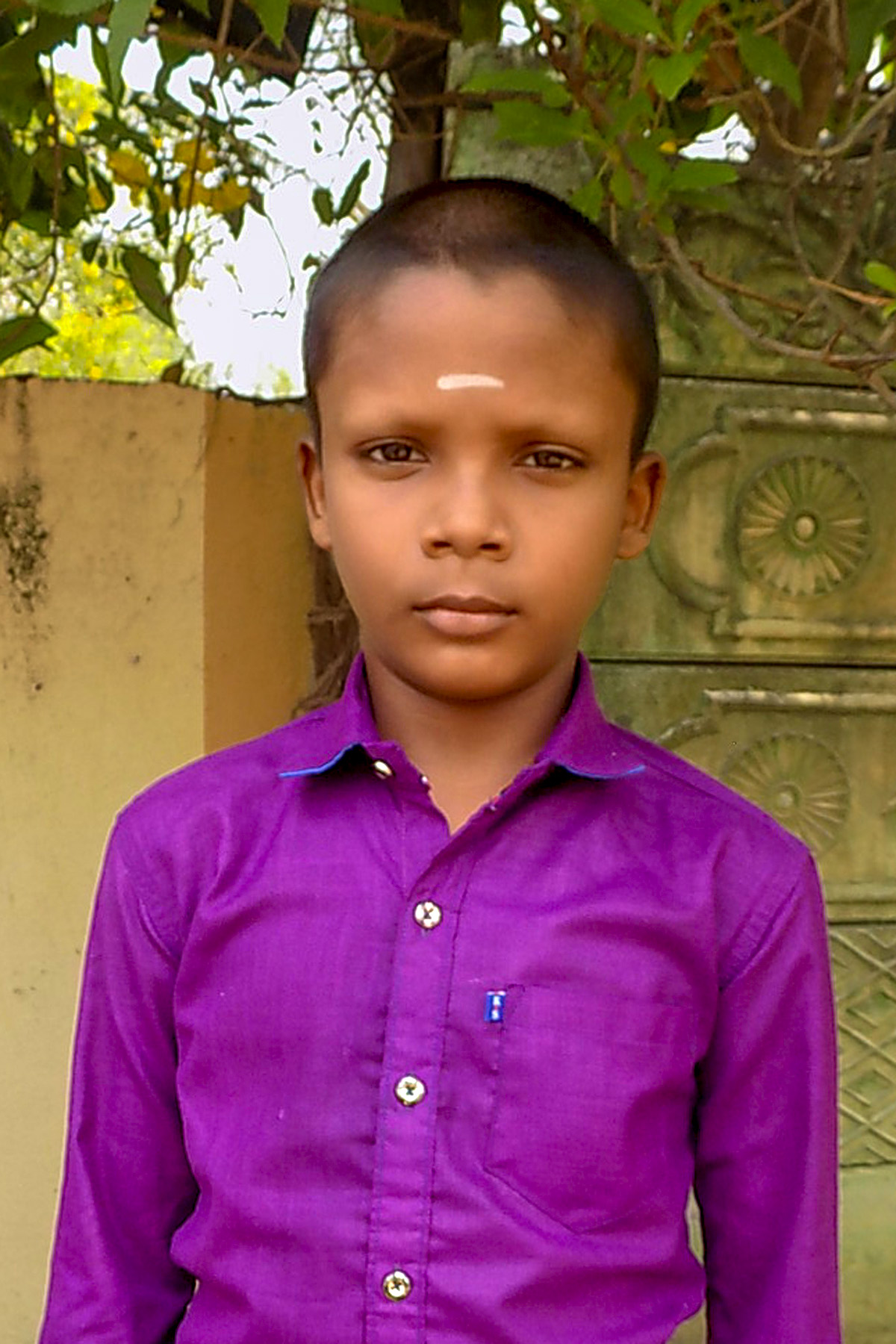 Since February, 11-year-old Esaiyamuthan could not keep any food down. His family doctor prescribed medication but it was not effective. By April, his parents took him to the hospital under a referral from their pediatrician. A scan revealed he had mesenteric lymphadenitis, a swelling of the lymph nodes in in abdomen. With a diagnosis, his doctors could prescribe treatment that brought relief at last. After eight days, they discharged Esaiyamuthan to return home.

Two days later, however, Esaiyamuthan experienced a seizure and was rushed to another hospital. An MRI and ECG reported nothing unusual. The doctors determined that the seizure was not epileptic but a sub-type of seizure that are psychiatric phenomenon. Both Esaiyamuthan and his parents received counselling and felt prepared for him to recover at home. He went home three days later. His road to recovery will be slow, but he is having fewer symptoms and is regaining his strength.

While his parents are relieved that their son is no longer in pain and distress, his emergency has generated a bill of $1,268.57 CAD. This includes his laboratory fees, pharmacy bills, X-ray and ultrasounds, ICU charges, and doctors’ fees from the second hospital. The Tamil site staff, knowing this amount is beyond the family's means, have requested assistance with these bills on Esaiyamuthan's behalf.