Lviv sponsor site was established in 2019 and consists of 660 children living in the city of Lviv and in villages outside the city, including Dobromyl. The Lviv site’s mission is to serve people by helping them overcome poverty through education, formation of Chalice family circles, budget planning, and skills training. 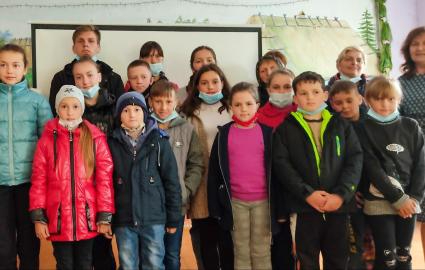 Dobromyl is southwest of the city of Lviv and near the Polish border. The area is relatively peaceful compared to the eastern regions of Ukraine. Community members are still able to gather.

The Center for Children's Creativity is the hub for Lviv site activity in Dobromyl. Chalice staff and families are often there – even now during the conflict with Russia. Five Chalice family circles meet either monthly or quarterly. The site also uses the Centre for training sessions and the site’s Christmas celebrations. Local dance, theatre, and sports clubs -- all of which include sponsored children -- continue to rely on this building for meetings. Approximately 200 local children depend on this building to have their artistic or sports activities. All other similar community spaces in Dobromyl have become temporary homes for displaced families fleeing the war in the east of the country.

But the Centre is old, and the building is in disrepair. It’s been 35 years since the last major repairs. As the winter approaches, the community fears that the state of the roof and windows will make the building unusable.

The community does not have the budget to do any renovations, and so Chalice has partnered with the Lviv site to carry out the necessary repairs. Workers will dismantle the old roof and wooden framework and install a new roof. They will likewise install new metal windows, internal and external sills. They will take down the old exterior plasterwork, replaster, and repair cracks, eliminate leaks, and repaint the façade.  They will also re-pave the floor, install a new ceiling and redo the walls. 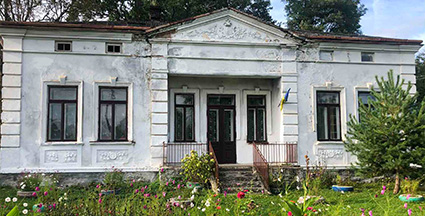 The total budget for the project is $68,373.94 CAD, which encompasses the roof, façade and interior repairs and the complete window re-installation. When the project is complete, the Centre will be in a strong condition that will allow the community to use it for many years to come, in all seasons and temperatures. The renovations will also fortify it against future damage or decay. After the overhaul, the Centre will be a comfortable space for 188 sponsored children and 204 community members to learn, play, gather, and support one another in such difficult times. The whole community will benefit from a healthy, modern building for their activities.

Please note that any donations that exceed the request will be used to fund other Community Projects/Human Development Projects that may arise.